Check-in Take a moment and check in with us! Fill out Form
back 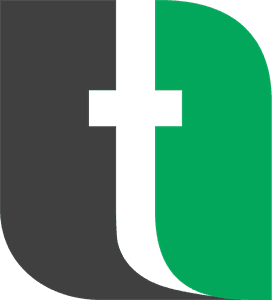 It is with great joy that we announce the 2021 Kingdom Advancement Grants! During this unprecedented time, we continue to be grateful to God for the faithful ministry of our global partners and church partnerships around the globe. We celebrate the opportunity to provide grants that will be used to proclaim the Gospel among the unreached, marginalized and oppressed. The generosity of Trinity’s faith community makes these grants possible. Please visit Trinity’s Global Outreach page to view the list of this year’s awards by clicking the button below.

Praying for the World is a resource that provides an overview of the global church. Use it to learn about the greatest challenges and opportunities in global missions today, and be inspired about how to pray for them. Each prayer guide features a specific country or region and includes practical points for learning and praying. We'll feature one prayer guide each month. If you'd like to follow all 52 weeks, go to lausanne.org/pray to sign up for your free guides.

Praying for the world

Half of the world’s 1.2 billion Catholics live in the Americas; a quarter in Europe; the rest are evenly divided between Africa and Asia. Catholicism is the biggest Christian bloc but is slowly declining as a percentage of the world and of the Church. Some trends:

Many streams flow within Catholicism.

Traditional Catholicism, often with a strong emphasis on devotion to Mary, has re-emerged as a force, in part through the leadership of Pope John Paul II, Pope Benedict XVI, and Pope Francis. Millions of Catholics still appear (at least from a Protestant viewpoint) to be trying to earn their way to God’s favor by masses, good works, ceremonies and pilgrimages.

Folk Catholicism is also still very common. Mixed with pre-Christian influences, this is a faith of saints, fiestas and hoped-for miracles, an attempted short-cut to blessing and spiritual power that is at times very dark.

The charismatic movement. Catholic charismatic renewal has a wide impact across the Church. The involvement of lay people, and the balance between adoration and activism give charismatics a vitality lacking in much of Catholicism globally.

The Western hemisphere’s poorest nation, Haiti is often devastated by floods, hurricanes and earthquakes. Its poverty makes these disasters far worse than in neighboring, richer countries. Outside help, too, is compromised. After the 2010 earthquake that killed nearly a quarter of a million people, aid agencies brought help but also abused earthquake survivors. UN negligence caused a cholera epidemic. The remittances sent home by two million Haitians overseas are a life-saving, but poorly directed, source of national income; money isn’t used for what Haiti really needs: roads, bridges, clinics, schools or electricity, for example.

Haitians mostly have the option of subsistence farming on tiny plots on depleted soil or trying to make a living in the city. Many emigrate, including a high proportion of the nation’s graduates. This in turn means the nation is always short of teachers, health workers and business-people. After the 2010 earthquake, the president called for three days of prayer and fasting and over a million Haitians (out of a population of 11.1 million today) came together to pray. Truly, Haiti does need God’s help for its people to find security, justice, opportunity and peace. Up to 70% of Haiti’s people are Catholics, but their Catholicism is often mingled with voodoo, which has its roots in West African animism. Evangelicals in various forms have grown in numbers, through evangelism, love in action, and by openly standing against voodoo.